Virtual private cloud servers offer the best of all worlds for reliability, accessibility, and disaster recovery 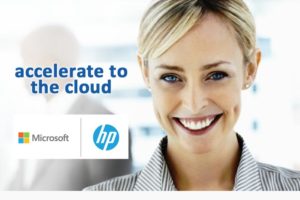 If these words all look Greek to you, you’re not alone. Even though virtual servers have been around for many years, most people outside of tech have only the vaguest idea – if any – of what it means. Adding in a term like “private cloud server” doesn’t help either.

It wouldn’t matter, except that pairing a virtual server such as Microsoft’s Hyper-V with HP’s ProLiant servers installed by CompCiti Business Solutions represent the biggest advance – and biggest cost savings – in your IT systems since networking began.

Here it is in layperson terms, and how it can help your company right now.

The Advantages of Virtualization

Let’s put it in easy terms and forget about the nuts and bolts about how it works. What if you could reduce the number of servers you had, make backups and upgrades way easier, and reduce your costs while you’re at it? In general, those are the biggest advantages of virtual servers. Here’s why:

Faster Backups – Backing up a normal server can take hours or more going from one hard drive to another. A virtual server though can be backed up with a “snapshot” that is almost instantaneous. It’s so fast in fact that you can back up a virtual server several times per day instead of just once.

Faster Recovery – Similarly, in the event of a system crash or other disaster, virtual servers can be recovered almost immediately so you can get online faster and experience less data loss and downtime.

Faster Upgrades – Updating software is much faster than replacing hardware and does not usually require a system shutdown.

Better Data Management – Data can move faster and more places throughout your network.

Go Green – Since these systems require much less energy to operate, you are helping reach your organization’s green initiatives.

The Advantages of a Private Cloud Server

You’ve likely heard about various cloud solutions such as Dropbox and Google Drive. These are basic cloud solutions providing storage for your files that you can access and back up from anywhere in the world with an Internet connection.

A private cloud server is like that, except that they are not shared services owned by third-party companies. As the name implies, it is private – you own it, and only those people you authorize can use it. There are many advantages to this:

Your Network, Everywhere – No matter where in the world your employees are, they can access company files and data.

Better Security – Private clouds are protected by your own firewall.

Better Privacy – You are not held to other people’s Terms and Conditions – including how they potentially use your data – which could be in conflict of your own privacy policies.

Increased Reliability – Data is actually stored in several places at once so that if one physical server goes down, others are available to jump in seamlessly.

Combine Both for the Ideal Corporate Network!

Bring together virtual servers with private clouds, and you get a complete network system that is:

Contact CompCiti Business Solutions to find out how a private cloud with virtualization can help your company or organization. If you want more technical details, we recommend reading “Implementing Microsoft Windows Server 2012 (Including Hyper-V) on HP ProLiant servers and HP ProLiant server blades, 3rd edition” by HP.

BTW, in case you’re wondering, “σήμερα” means “today” in Greek – and that’s exactly when you should be contacting us! Find out how CompCiti can make your IT systems faster, safer, and more cost effective.