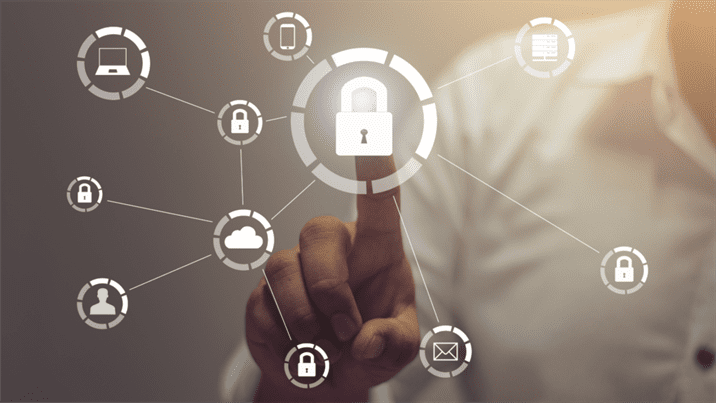 Without making it personal, 2022 has been a challenging year for cybersecurity around the globe. Russia’s cyberattacks on Ukraine were the beginning of it, and it eventually turned into a full-fledged kinetic conflict between the two nations. Many of us in the cybersecurity profession were called to new challenges, fighting deep in the trenches to prevent the next major event. Throughout the year, numerous new disasters and emerging threats were unveiled to the horror of many. In 2022, the world experienced some of the largest cyberattacks, threats, and data breaches ever.

Highlights and Big Events Of 2022

The SANS Institute’s Cyber Threat Intelligence Summit and Training series includes the SANS 2022 Cyber Threat Intelligence Summit Solutions Track. It’s intended to provide business professionals and security leaders with the most recent information on the opportunities and challenges facing cybersecurity professionals right now. The summit is entirely online and open to everyone.

The conference is renowned for its eclectic mix of competitions. These range from lockpicking in the real world to red-versus-blue competitions where groups of hackers defend and attack a fictitious network. In the months leading up to the conference, training sessions are also offered and can be reserved separately. DEFCON 30 in-person attendance costs $360, with different prices offered for hybrid attendance.

Security professionals receive four days of training prior to Black Hat Las Vegas that covers both offensive and defensive security topics. After that, the conference itself is held, with two days of talks, workshops, and networking activities.

RSA attracts over 45,000 attendees. Undoubtedly, the conference is the most important security event of the year. Attendees can listen to hundreds of speakers and take part in discussions that will shape the future of cybersecurity at themed speaking sessions, roundtables, and special events.

The conference aims to have something for people at all levels of cybersecurity, from beginners learning the fundamentals to thought leaders in the field.

As organizations change to address the most recent threats, the cyber threat landscape is constantly evolving, which has a big impact on cybersecurity trends.

The following are a few of the Top cybersecurity threats for 2022 that are in the headlines:

Microsoft was the target of a hacking group called Lapsus$ on March 20, 2022. The group claimed they had hacked Microsoft and compromised Cortana, Bing, and several other products in the process in a screenshot posted on Telegram. Microsoft was hacked, and the hackers were able to obtain some data, but by March 22nd Microsoft had quickly stopped the hack and only one account had been compromised. Additionally, according to Microsoft, no customer data had been stolen.

On November 16, 2022, a hacker posted a dataset to Breach Forums containing what they claimed to be up-to-date personal information of 487 million WhatsApp users from 84 countries.

Meta claims to have discovered over 400 malicious apps on the Android and iOS app stores that target online users with the intent of stealing their Facebook login credentials. These apps were listed on the Google Play Store and Apple’s App Store disguised as photo editors, games, VPN services, business apps, and other utilities to trick people into downloading them.

Dark web sites called “carding marketplaces” are where users can exchange credit card numbers that have been stolen in exchange for financial fraud, which typically involves large sums of money. The details of 1.2 million credit cards were freely made available by carding marketplace Biden Cash on October 12, 2022.

In recent years, ransomware has emerged as one of the most prevalent and obvious cybersecurity threats. A system’s files can be encrypted by ransomware malware, which then demands payment in exchange for the decryption key needed to unlock those files.

The way the ransomware campaign has changed highlights how cyber threat actors are increasingly utilizing multi-vector attacks. Data theft, DDoS, and other threats are now incorporated into ransomware, which previously concentrated only on data encryption.

One of many recent supply chain exploits that took advantage of the trust relationships that exist between organizations was the SolarWinds hack of 2020.

Attackers have a number of ways to take advantage of corporate supply chains, including:

With the average cost of a cyber breach reaching a high of $4.35 million, 2022 set a new record for cybercrime. With 83% of businesses reporting that they have experienced more than one breach in their lifetime, the number of organizations experiencing breaches is increasing along with the costs associated with them (according to the 2022 IBM Cost of a Data Breach Report). Since cybercriminals have made a business out of offering services like phishing and ransomware, the methods and tactics for breaches have also changed.

A massive wave of indiscriminate pseudo-ransomware and wiper attacks hit Ukrainian entities on the first day of the conflict (February 24, 2022). We were unable to identify any consistency in the targeting, which made us suspect that the primary goal of these attacks may have been to create chaos and confusion rather than achieving specific tactical objectives.

Are very likely to occur during armed conflict because the belligerents may view these as having a dual purpose. A cyberattack against this type of infrastructure is likely to have unintended consequences for parties who are not engaged in the armed conflict because of how interconnected the Internet is. For this communications infrastructure, planning for protection and continuity is crucial.

Ransomware perpetrators stole private information and halted potentially life-saving services this year, adding to the suffering of healthcare providers around the world. Their technology partners also make these organizations public. The critical NHS 111 service of the healthcare system is still experiencing issues as a result of an attack on a software provider for the NHS earlier this year.

This year, threat actors targeted a variety of industries, not just the healthcare industry. This year, ransomware, supply chain attacks, and zero-day vulnerability exploits would all be problems for financial services firms, according to one report.

The Log4j crisis, which first appeared at the end of 2021 and persisted through 2022, had an impact on tens of thousands of organizations around the world. According to a recent report by CISA, this remote code execution vulnerability will continue to present “significant risks” because it “will remain in systems for many years to come, perhaps a decade or longer.”